Slightly sweeter than the other bottling from the Talland Bay Orchard.

Tommy Knight
A Cornish Cider Apple that is also good eating. This variety is also known as St Agnes where it was first described in 1946 by Taylor.
It has a brisk fruity taste with a firm,  yet creamy flesh. Also described as very juicy and sweet.
Once fairly common in Cornwall it was historically a predominantly dessert apple considered also good for Cider.

Hocking Green
A Cornish Dessert and Cooking Apple raised about 1860 by a Mr Hocking at Illand Farm, Coads Green which is near Callington .
Dull green turning yellow, Sharp flavour with a firm flesh. When cooked it keeps its shape and is usually sweet. Some seasons it can be insipid and while it keeps to Christmas it was considered a plain eater and stores where used for cooking from Christmas to April.
Used to be fairly common in the Tamar Valley and South East Cornwall. 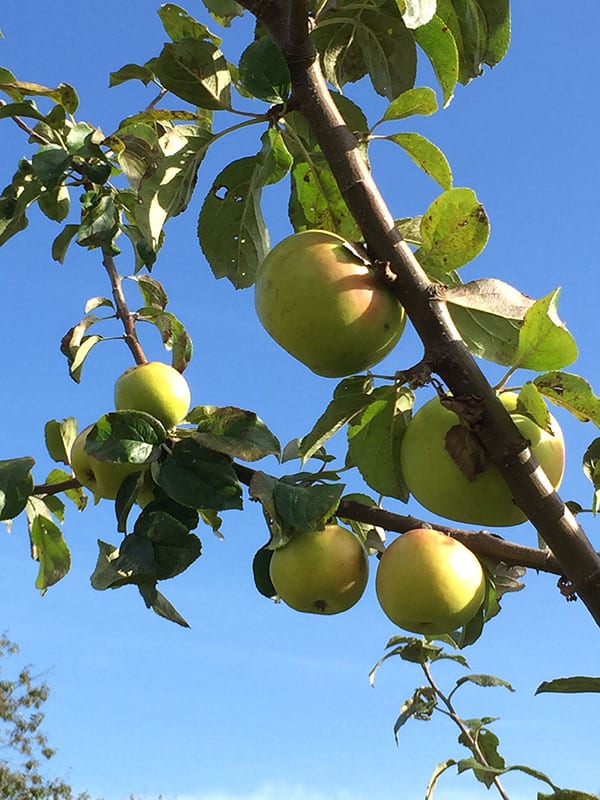